About
Who are we? How did we get here? What do we care about?
Are we dog people or are we cat people? (hint: both) 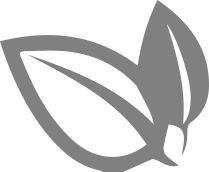 Mission Statement
We want to help the world become more environmentally friendly and sustainable through energy efficiency and conservation, led by innovative technology that enriches our lives.
2014
2015
2016
2017
2018
2019
2020
2014
It all began with a solar heater made out of a recycled pop can.
Josh Green (Mysa Founder and CEO) had the idea in his final year of Mechanical Engineer studies at Dalhousie University in Nova Scotia, Canada. Eco-conscious by nature, Josh’s goal was to find practical methods by which to promote sustainability through helping people use less energy. To help fund the development of his idea — and to continue championing smart energy use — Josh began offering energy audits for homeowners under the company name Empowered Homes.
2015
Getting ‘smarter’ every day.
Knowing that nearly 60% of home energy use is attributed to heating, Josh was recommending smart thermostats to homeowners during his energy audits as a way to lower energy costs by customizing heating schedules and tracking energy use. Suddenly, an energy-efficient light bulb switched on in his head — while many homes have high/line voltage electric heating systems, there were virtually no smart thermostat options available for this type of heating. Recognizing an opportunity to innovate, Josh immediately began designing a smart thermostat for electric heaters.
2016
Things start to heat up.
Josh enlisted his brother, Zach (a fellow Engineer), and together, they began to explore possibilities related to a high/line voltage smart thermostat. They took the idea to Zach’s Entrepreneurship class at Memorial University and began cultivating support for their project via entrepreneurial incubators and investors. By Spring 2016, Josh and Zach had garnered the support of Canadian-based tech startup incubators, Genesis Center and Propel ICT. By Summer 2016, they began hiring a project team to help them build a prototype thermostat.

Mysa was born.
2017
It’s alive!
Hard work by Mysa’s growing team of experts came to fruition — Mysa for Electric Baseboard Heating became available for preorder in Fall 2017. At the same time, Mysa began catching the eye of venture funding firms. Mysa had become a full-fledged company and was growing rapidly to meet the demands of development. By the end of 2017 Mysa was approaching 5000 preorders.
2018
No Cooling Down.
Spring 2018 saw Mysas begin shipping out and being installed in the homes of customers across Canada and the United States. Never a team to rest, Mysa staff continued to innovate and improve on their first release, updating the app to offer customers even more features. The Mysa Family continued to grow and hit a major vision-and-values milestone by becoming the first carbon-neutral company from Newfoundland and Labrador. 2018 was a big year and a sure sign of things to come.
2019
Growth, growth, growth!
2019 saw Mysa continue its dynamic growth in every way. 26 new staff joined the Mysa family (for a total of 50 employees!), contributing their focus and talents to the release of Mysa for In-Floor Electric Heating. The team created successful rebate partnerships with utilities in Canada and the US and launched the BrightNL Pilot Program — an first-of-its-kind Demand Response exploration project in Newfoundland and Labrador. With plans to bring a ‘cool’ new product to market in 2020 and an evergreen commitment to creating the decarbonized electrical grid of the future, 2019 was all about Mysa moving full steam ahead!
2020
The power of connectivity
2020 has been a remarkable year to date. The Mysa family continues to grow, adding new insight and expertise in all areas of the company. Mysa’s vision of creating a carbon-free electricity grid for our planet’s future is flourishing, with their ongoing Demand Response testing in Newfoundland and Labrador-based electricity grids yielding encouraging results. Mysa’s relentless pursuit of excellence remains evident through its ongoing improvement of flagship products and new product development (stay tuned).

As our global community continues to come together in these unprecedented times, Mysa’s commitment to creating connected, future-ready communities is warm and unwavering.
Hot Off The Press!
Join our mailing list!
As Seen On